Showing posts from 2016
Show all

December 20, 2016
Matt Chalawsky - Uber's coming IPO in 2017 Uber loses $800 million in 3rd quarter of 2016 on top of $1.2 billion in the first half of the year.  They are spending a heavily on self-driving cars and are likely one of the leaders in the space. Uber loses $800 million Twitter - Matt Chalawsky
Post a Comment
Read more
December 17, 2016
1 step closer to getting rid of my car! - Self-driving Ubers arrive in San Francisco https://t.co/CaSmi69Mnc via @mercnews @mattchalawsky — Matt Chalawsky (@mattchalawsky) December 14, 2016
Post a Comment
Read more
December 12, 2016

Will YouTube become less popular as it becomes inundated with ads? Matt Chalawsky ,  Entrepreneur and Software Engineer, Matt Chalawsky Written Dec 2 Yes, there’s a direct correlation between a viewer’s time on site and the number of ads shown, even for YouTube. For example, let’s say YouTube showed a pre-roll video ad once every 10 minutes of video consumed, and let’s assume under that circumstance the average viewer watched 30 minutes of video. If YouTube increased the frequency of the pre-roll video ads to less than 10 minutes, they would expect a decline in the total amount of time the viewer spent onsite watching videos from 30 minutes. The YouTube monetization team monitors these numbers very closely to make sure there isn’t a significant drop in video consumption. If viewership starts to drop, they will quickly adjust the frequency algorithm. They are also working on new features to reduce the impact of ads, such as the one I wor
Post a Comment
Location: Los Angeles, CA 90046, USA
Read more
November 26, 2016
Matt Chalawsky is a software engineer living in Los Angeles.  He has previously worked at IBM, Xerox, Digital Insight (Acquired by Intuit),  and Google. Patent Links
Post a Comment
Location: Los Angeles, CA 90046, USA
Read more 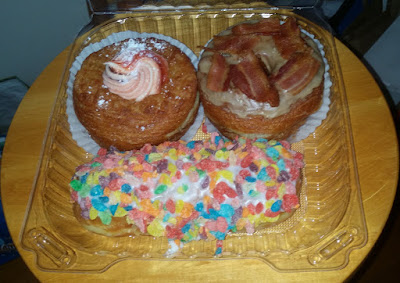